SCS is pretty new, and there are a few basic recommendations while doing the first setup, In this blog, we will discuss those settings and options.

This blog has split into three parts, and this is part 3.

2. Define the hash and alias for relative serialization path – Hashing to shorten paths and aliases and to make it human readable.

It’s super important for two purposes. One is to mitigate the risk of serialization path, and second is define the structure of the project like we can define common aliases for the site.

3. Sequence is most important while defining the module.json – As a rule of thumb with Sitecore, all the dependencies should be defined first, for example before defining the content we have to define the templates, layout and rendering etc.

4. Don’t forget first-match-wins principle while defining the IA or base principle of the content sync strategy – this rule says when a content item matches a rule, all subsequent rules are ignored:

As per the Sitecore recommendation, we need Keep the following things in mind when we configure rules:

I hope this blog will help you to think of a few fundamental considerations while starting to work with SCS on Sitecore.

Unicorn was the most popular plugin for content serialization. It was very straightforward and well managed; all the documents were very descriptive and easy to understand. Now we have Sitecore Content Serialization (SCS), I think we must understand what has changed. Are we losing or gaining any functionality? what changes are required to our existing setup? Re there any changes in terminology etc?

This blog has been split into three parts, and this is part two.

Below is the high-level comparison between Unicorn and SCS.

The initial setup is different. For SCS we have to setup the package and to enable the CLI it’s required to install the packages.

SCS provides more flexibility for rule based configuration, for each feature we can define a rule and each rule has the option to define the path, scope and allowed PushOperations etc.

There are changes in the configuration.

With SCS, we need to handle it while defining the feature itself and any overlap, for example if there is any specific overlap we need to make sure to put the most specific rule first.

Overall, I can see the SCS configuration is much easier and more flexible. However, I’m still looking for an option for pattern-based formats in SCS.

I hope this comparison will provide a basis to understand the difference between Unicorn and SCS.

Sitecore has introduced Sitecore Content Serialization (SCS) as part of version 10. In this blog, I will explain the basic concept of serialization and compare all Unicorn features, followed by steps for the basic setup and best practices.

This blog has split into three parts, and this is part 1.

Let’s first try to understand the definition, Serialization is the process of translating a data structure or object state into a format that can be stored (for example, in a file or memory data buffer) or transmitted (for example, across a computer network) and reconstructed later (possibly in a different computer environment) – Wikipedia

Sitecore Content Serialization (SCS) is a system for serializing, sharing, and deploying content items, as well as keeping them in version control – Sitecore

Now, we know the definition of serialization. I remember with the Sitecore 6.X Serialization guide we had an option to serialize the item tree and restore it, there were additional options to configure the serialization based on the events like item saved, created, deleted etc. and we were using SVN to store those serialized files.

TDS was beneficial to manage the project and item files. I used TDS a lot with Sitecore 6.X versions. We were also using this as part of the deployment process as the underlying TDS was using the MSBuild project file to group the Sitecore items into a deployable project. Additionally to that, it has the below features which are not part of SCS.

In my opinion it’s the end of the TDS era.

Unicorn is a Sitecore utility and it is open source. It solves the issue of moving templates, renderings, and other database items between Sitecore instances. TDS is a monolithic product with commercial support, and marketing does a lot more than just serialization. Unicorn is relatively simple, free and open-source, and does one thing well.

I prefer using Unicorn instead of TDS. Generating the TDS code was not that easy and always needed to take care of the partial class, unnecessary field generation, etc. We can set up the template class following the helix principals.

For more details about the setup, Here is my blog post – Sitecore – Unicorn setup, patterns and tips.

In my opinion Sitecore content serialization would be a replacement of Unicorn.

SCS will do the out-of-the-box item serialization that lets you automate the synchronization of item changes. It has two options one is using the command-line interface (CLI) and the second Sitecore for Visual Studio (SVS)

Note – for using SVS it’s required to get the license and TDS and SVS are both offered under the same license.

Out of the box there are three options to serialize content, The default serialization format (.Item)

This article is the first part to explain the basics of serialization, in the next Part 2- Compare SCS with Unicorn, I will explain the difference between Unicorn vs SCS setup.

I hope this article will help you to understand the basic concept of serialization. 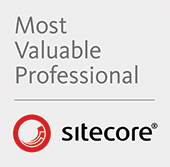