Skip to content
0 comments on “Sitecore PaaS and Ansible”

Sitecore PaaS and Azure is a good match and the idea is to blend in Ansible for Sitecore PaaS infrastructure set up on Azure and vanilla Site deployment.

Why would you use Ansible? Using Powershell scripts with parameter files is the common approach. Ansible is a very valid alternate approach for organisations who have Ansible in their tech stack already or for those that prefer it over Powershell.

Ansible has list of pre-built modules for Azure that can be leveraged for Azure Infrastructure Spin up and deployment. A list is available here https://docs.ansible.com/ansible/latest/modules/list_of_cloud_modules.html#azure.

We have used the azure_rm_deployment module during the setup journey. The best thing I liked about Ansible was the ability to structure the parameters in a clean and organised fashion to ensure future extensibility is maintained. Ansible supports the use of multiple parameter file. This allows for both shared and environment specific parameter files. You will see the example later in the blog.

All the ARM templates, play books and tasks are source controlled and Ansible tower can be hooked into the Source control of your choice.

This allows/enforces all changes to the templates, play books and tasks to be made locally and then commited to the source control repository using familiar tools. Asnible will then retrieve the lastest versions of these files from source control as the initial step on execution.

This option is more streamlined than having to manually upload the updated files to an online repository like a storage account and have Ansible/Azure access them using URLs.

Below is one of the example of the playbook. The roles mentioned here are just an example. You will need more roles for a complete azure infrastructure and Sitecore deployment

Note the variables {{ env }} and {{ scname }}. They are passed from the Ansible tower job template into the playbook. This variables needs to be configured in the Extra VARIABLES field as shown below in the example job template.

The env name is your target environment for which you want to spin up the Sitecore Azure environment. This could be dev, test, regression or production and the site name is the name of your website. This allows you to use same playbook to spin up multiple sites for multiple environment based on the extra variables passed in the job template in Ansible tower. This combination forms the path to the yml file which contains the definition of the parameters, per site, per environment. Below is the snapshot of the variable file structure.

2. Create the Redis Cache resource that will contain both the tasks yml file and the ARM template.

There are tons of resources available in the Azure ARM template repo https://github.com/Azure/azure-quickstart-templates to get you started. You can then customize it to suit your projects requirements. Sitecore ARM templates are a good starting point which you can utilize to get some ideas. The idea is that you can grab snippets from these example to form your own ARM template.

I will be writing more blogs on Azure and Sitecore so stay tuned.

When deploying Sitecore to Azure if you come across an issue where your font files are marked as red in the chrome network tab (essentially they are not found), this may help.

Basically, you need to tell the web server to serve files with a particular extension.

In our case, the font files ending with the extension .woff were not getting picked up which results in a number of strange looking fonts around a deployed website.

The solution is to add this to your web.config:

This will tell the Azure web application to serve up files with the given extension as expected.

If you’re working with the Helix Architecture you might like to include this in your Foundation layer.

You could introduce it into a web.config.transform inside your Foundation assets project: 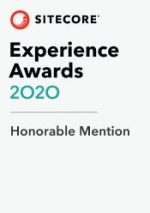